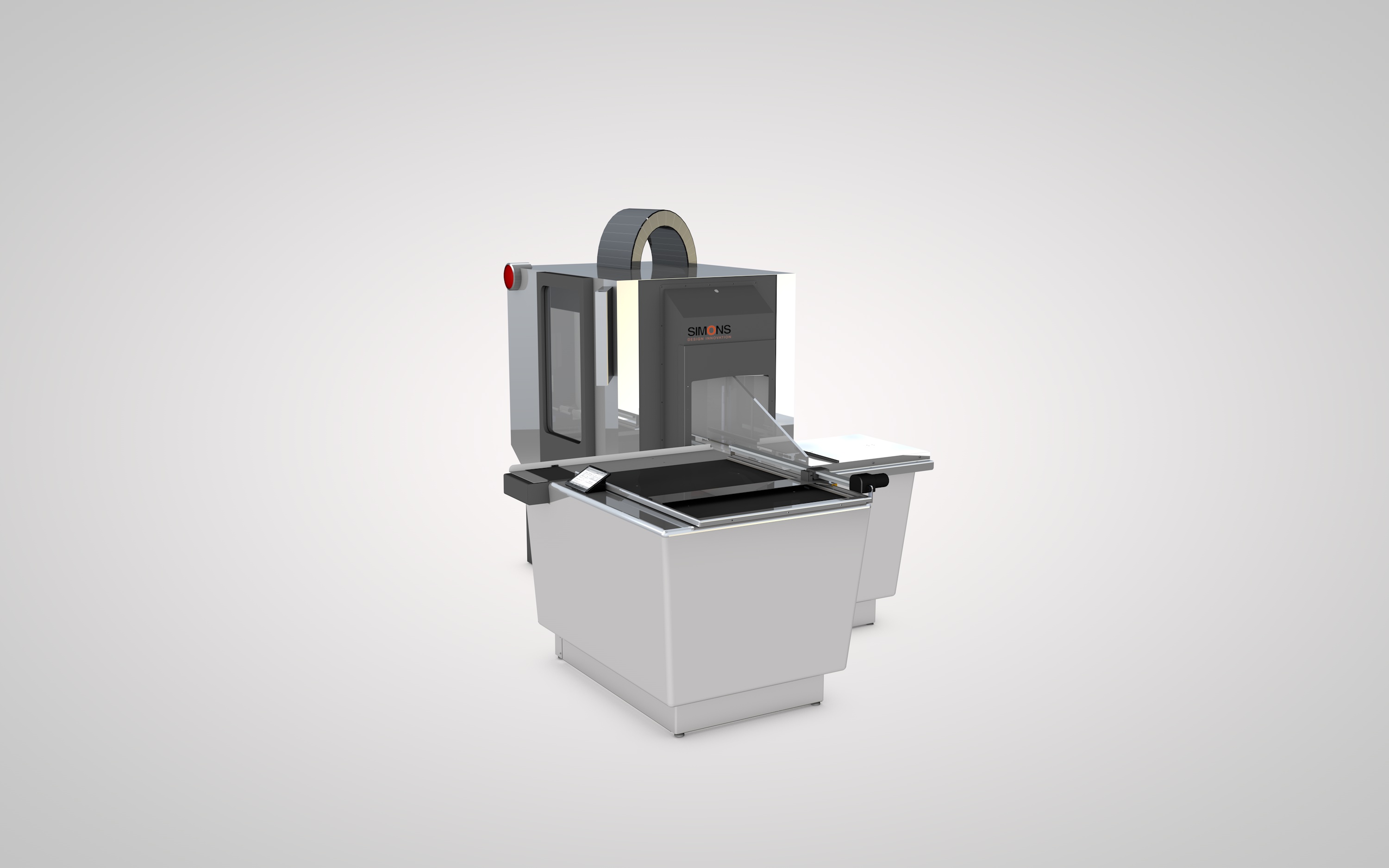 The Smart Valet SV2 from Simons Design Innovations is a automated material loader capable of loading over 12,000 cubic inches of raw material and the ability to accommodate parts as thick as 8 inches and as thin as 1/8 inch.  Never before has automation for VMC’s been so efficient, profitable and affordable.

+ Increased efficiency from being unmanned

+ Typical ROI is less than 6 months

Fully Automated
A PLC controls the hydraulic vise,  cleaning, loading and unloading functions. Simply load the raw material table with stock and pick up finished parts!  The SV-2 does the rest.

Increased Efficiency
Immediately loads one part after another. Avoiding downtime due to breaks, human needs and typical loading delays. Typical increase would be 15%

Fast ROI
The SV-2 pays for itself in as little as six weeks for a typical machine shop.

Run Unattanded
Having a Smart Valet allows the machine to run continuously during the day, without human intervention, saving a large portion of the variable cost.

Run Afterhours
A Smart Valet can run after hours. This is obviously highly productive by allowing a shop to stretch its capacity and has the added benefit of allowing the machine to run free of amortized  fixed costs.

Easy Install, Setup & Operation
Strait forward installation with the ability to integrate with most VMC’s on the market. Once installed, a SV-2 can be setup in less than 5 minutes.